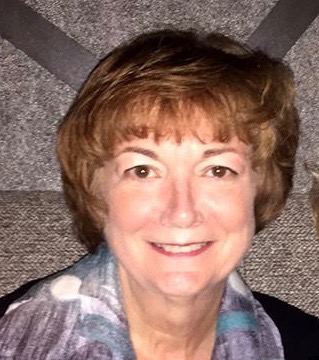 Barbara Thomas graduated from McDaniel College with a BA in German/Education and earned an MBA from Virginia Tech.  She has worked in administrative management for a bank, law firm, and publishing company; and in telecommunications management for Transamerica and TRW, before becoming CEO at Habitat for Humanity of Orange County, CA.  She has been the President and Executive Director of LowCountry Habitat for Humanity, and has served on a number of non-profit boards.  Ms. Thomas leads annual Global Village trips for Habitat for Humanity, International.  She joined the Board of Trustees of McDaniel College in 2005.  In 2011, she served as Project Manager for the first Europe & Central Asia Housing Forum in Budapest – a joint venture of Habitat for Humanity, the United Nations and the Red Cross.  This led to other projects with the regional office in Bratislava, Habitat Northern Ireland in Belfast and Habitat Poland in Warsaw.  She lives in Beaufort, SC and has two children and three grandchildren all living in Washington, DC.

Ashton Boulineau has a Criminal Justice Homeland Security degree from Saint Leo University and served four honorable years in the United States Marine Corps.  She has had a passion for horses ever since she began riding lessons in 2004. She always knew she wanted to work with horses, but never thought of caring for them at a therapeutic riding center.  “It’s such a wonderful place to start my horse-loving career!  She has a supportive husband and two dogs, a bearded dragon, a ball python and a miniature pig.  “I believe life has a funny way of working out and I couldn’t be happier with where I am today.  Nor could I have imagined that I’d be doing something so life-changing with such amazing people!”

Erin Sullivan was born and raised in Cincinnati, and like most Ohioans vacationing in the South Carolina Lowcountry, she fell in love with the area and now calls it home. She has been involved in many aspects of the horse industry including showing, teaching, training, breeding farms and equine program management.  She has been an assistant-trainer for an all-around Quarter Horse trainer coaching youth and amateur riders.  In 1999, Erin became the Equestrian Director for a YMCA Camp.  She was the Head Instructor at Wish Upon a Horse Therapeutic Riding Center located in Hilton Head South Carolina. She holds PATH certifications as a Certified Instructor and a Equine Specialist in Mental Health and Learning. The one aspect of the horse industry she had never thought she would be a part of, Therapeutic Riding has become one of the most passionate and rewarding aspects of her life. She also enjoys teaching novice riders, as well as riding reining horses.  “There is no way to describe the feeling, when asking this powerful animal to sit down on his hindquarters and slide!” Erin has a son away at college and enjoys traveling, boating, and spending time with her husband and three dogs.